One of the most elusive of the small wild cats if the Marbled cat. Due to a lack of research not much is known about this beautiful cat.

Through camera trap sightings we think this cat diurnal and we understand they hunt both in the trees and upon the forest floor. Their appearance is, as you can see, rather striking. In comparison to other cats the Marbled cats head is relatively small and is also quite rounded with a short face and rounded ears. Apart from its stunning pelt its main feature would be its long, fluffy tail. Sometimes its tail can actually be longer than the head and body itself. 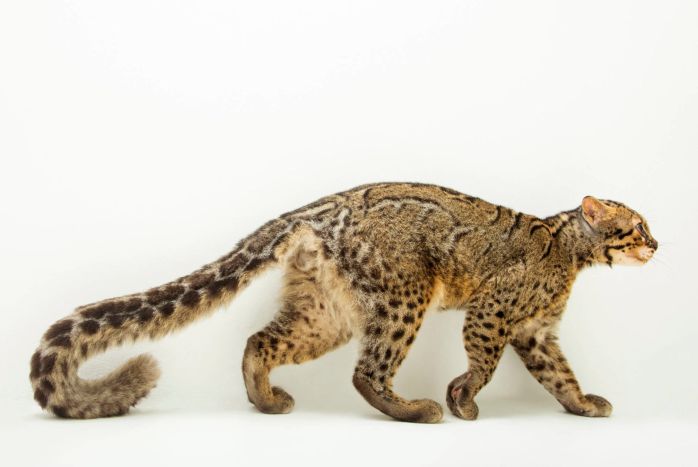 Distributed across Asia these cats can be found in Cambodia, India, Thailand, China, India, Laos, Myanmar, Vietnam and Malaysia. There is also growing evidence that the two species that inhabit Borneo and Sumatra maybe two separate species much like the Sundra Clouded Leopards. They like to live in trees and can be found in many different type of forest depending on its location. 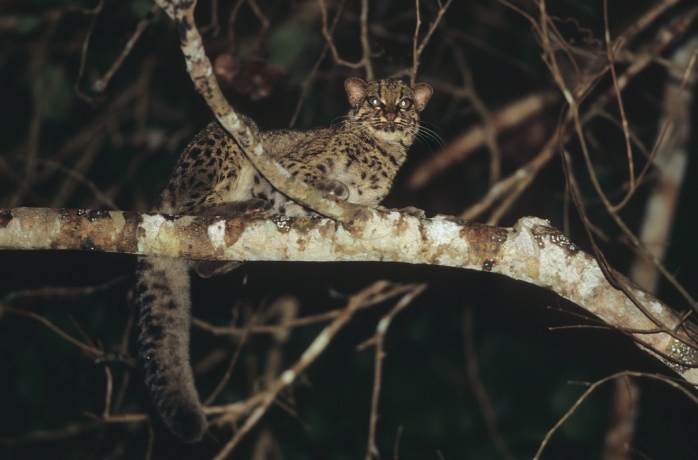 Due to the lack of research of this cats its numbers aren’t really known but Scientists believe their numbers to be around 10,000 and shrinking due to their disappearing habitat.

Their morphology is suited to both life in the trees and on the ground. As you can see from the pictures the big bushy tail will obviously help with balance for an arboreal life and its large paws help with grip when jumping between branches.

Like the Margay and the Clouded Leopard cat Marbled Cats also have adapted ankle joints that rotate 180 degrees helping them climb down trees head first.