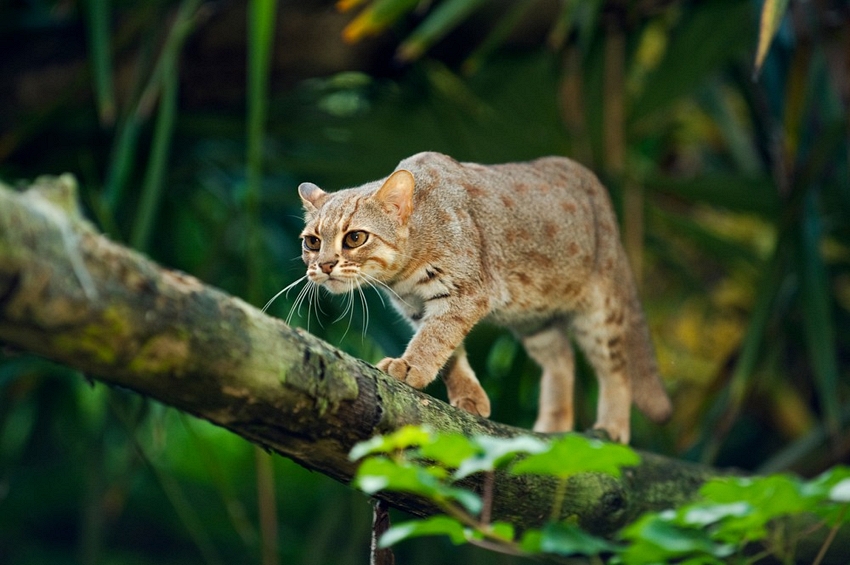 Often called the Hummingbird cat, the Rusty Spotted cat is one of the smallest of the 33 small wild cat species and is about the size of a domestic kitten. That’s pretty much where the similarities stop though as this little cat is a fearless… END_OF_DOCUMENT_TOKEN_TO_BE_REPLACED

Following on from last week’s Olympic Small Cats we feature some more record breaking cats. SMALLEST OF THE SMALL WILD CATS: RUSTY SPOTTED CAT The Smallest of the Small Wild Cats is the tiny Rusty Spotted Cat. At just roughly 45cm in length and… END_OF_DOCUMENT_TOKEN_TO_BE_REPLACED

Prionailurus Lineage: Also known as the Leopard Cat linage, the seventh divergence of eight in the Felinae family. It’s believed to have occurred roughly 6.2 Million years ago and as of 2017 contains six small wild cats with a tropical and temperate Asian distribution.… END_OF_DOCUMENT_TOKEN_TO_BE_REPLACED