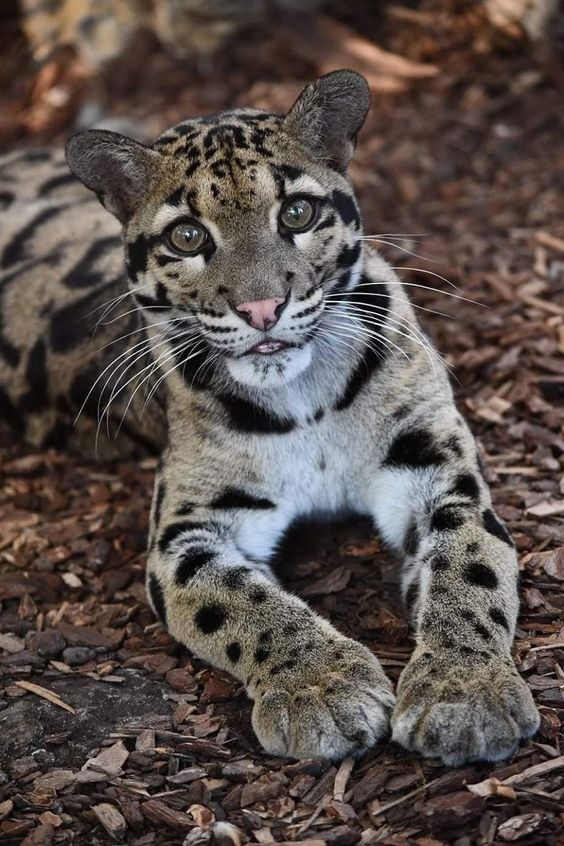 The clouded Leopard is the smallest of the big cats and the biggest of the small cats, so what is it that makes them so unique?

Split into two sub species as recently as 2006, the clouded and Sundra clouded leopard are very similar in appearance and size. Both have long bodies, short powerful legs with large paws and a very, very long tail.

Officially recorded as a species in 1821 the Clouded leopard is one of the most elusive and secretive cats in the world meaning that very few people have ever seen one in the wild. Both sub-species are rain-forest dwellers but can be found in dryer forests as well in Southeast Asia. Research has shown that in areas where clouded leopards share their habitat with tigers, clouded leopards seem to be more nocturnal and spend more time in the trees to avoid competition for food.

The canine teeth of a clouded leopard are the longest in relation to their size of any feline. Whilst they are able to purr like a small cat they also have a low, moaning roar, along with other chuffing noises, and meows as part of their calls.

Their tail is the longest, in relation to body size of any cats tails. It helps with balance as they move along the branches. Whilst being amazing tree climbers Clouded Leopards are also excellent swimmers and some believe this is how they came to inhabit small islands off Borneo and Vietnam.

Despite their name Clouded leopards are not closely related to leopards with Cloudeds diverging from the main Panthera lineage some 6.4 million years ago with leopard diverging around 3 million years later. Their name comes from the pattern on their coat and their scientific name Neofelis nebulosi roughly translates as New Cat Cloud. Interestingly in China they’re called mint leopards because they believe the pattern to look more like mint leaves.

Just like the Margay and Marbled cat, clouded leopards have ankles that can rotate backward so they can climb down a tree headfirst, climb upside down, and even hang from its back feet, leaving the powerful front paws free to snatch at prey. In Malaysia they’re often called Tree Tigers.