Also known as the Leopard Cat linage, the seventh divergence of eight in the Felinae family. It’s believed to have occurred roughly 6.2 Million years ago and as of 2017 contains six small wild cats with a tropical and temperate Asian distribution. The linage is also called the Prionailurus Lineage, Prion meaning Saw (the cutting tool) and ailur meaning cat. In 2017 the Leopard cats were split into two separate species The mainland Leopard Cat and the Sunda leopard cat meaning this group went from five to six.

Little is known about the Pallas’s cats evolutionary path. It’s believed to have been the first to diverge on the Leopard cat lineage around 5.9 million years ago. It has its own genus Otocolobus which rather cruelly translates as Ugly Ear (Oto – EAR, Kolobus – Ugly) Found in Rocky areas and deserts from Iran to China these cats are very distinctive to look at, with wide heads, big eyes with round pupils and rather attractive small ears low set on their head. They have the longest fur of any of the cat species and have a big bushy tail ideal for a scarf like use to keep its face and feet warm in the cold conditions of its native habitat.

The rusty Spotted cat is one of the smallest wild cats with its tail making up almost 50% of its body length. Distributed widely across India and Sri Lanka its understood that despite its diminutive figure it’s a ferocious hunter. Looking like a slightly faded variant of its cousin the Leopard cat the Rusty Spotted cat is a nocturnal hunter looking for frogs, birds reptiles and other small mammals.

Also verging on the small side is the flat-headed cat. Classified as extinct around the year 1985 it wasn’t until 1995 they were removed from the extinct list after they were spotted in Malaysia. With an elongated, flattened head and small, rounded ears, this distinctive looking member of the cat family bears a strong resemblance to civets and other viverrids. A crepuscular hunter who doesn’t mind the water their teeth are orientated backwards to help it hold onto slippery prey like frogs.

A close relation to the Flat headed cat and indeed with a slightly flat head themselves, the fishing cat is a stocky cat distributed across wetlands in India, Bangladesh, Pakistan and Sri Lanka. With a distinctive coat typically made up of spots and blotches with stripes over the shoulders and back they’re very capable swimmers. With slightly webbed paws to help them paddle they use their short thick tail as a rudder. Fishing cats whiskers are incredibly sensitive and help to sense fish beneath the murky water in a similar way seals use theirs to sense prey.

Leopard cats are roughly the same size as a domestic cat and are the relatives of the Bengal cats many have as pets in their homes. The mainland leopard cat, which till 2017 was considered the same species as the Sunda Leopard cat, has two subspecies; P.B Bengalensis found in South and South east Asia and the Amur Leopard cat, native to Russia, Korea. There are also seven other subspecies with the Iriomote species classified as critically endangered.

As previously mentioned until May this year the Sunda Leopard cat was considered the same species as the Mainland Leopard Cat. Sunda Leopard cats are native to the Sundaland islands of Java, Bali, Sumatra, Palawan, Negros, Cebu and possibly the Malay Peninsula. There are currently two known subspecies. 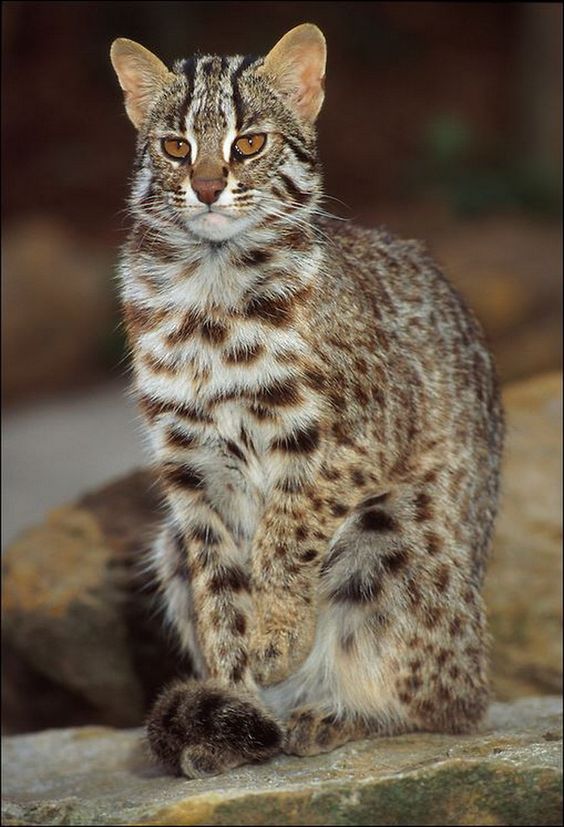 Next time we wrap up the Cat lineage feature with The FELIS lineage!