Continuing our look at Small wild cat lineages we come to the fourth divergence out of eight. The Leopardus lineage contains the largest number (eight) of small wild cats and is the ancestor of the ocelot. The divergence is believed to have happened around 8 million years ago and the cats found in this genus are mainly found in South America with some also found in North America and interestingly the only cat genus that has 36 chromosomes rather than 38!

The first cat, and the ancestor of this lineage is the Ocelot. The third largest cat in South America is closely related to the Margay but is slightly larger with a shorter tail. A very agile climber these cats have notably large front paws leading to the local name Manigordo (meaning Fat Hand).  Although International trade became illegal in 1989 hunting is still widespread to sell furs into illegal trade. The Ocelot got its name from the Mexican Aztec word tlalocelot meaning Field Tiger. 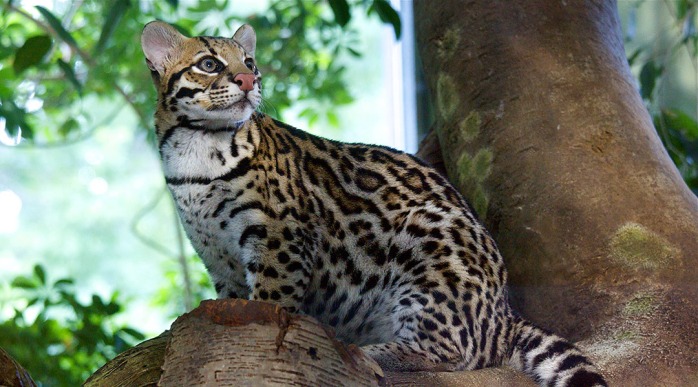 As stated previously Ocelots and Margays are closely related with the divergence coming as recently as around 1.5 million years ago. Whilst they are often mistaken for one another (along with both Oncilla cats) they have some distinct differences. The Margay has much larger eyes, the reason for this is the Margay is more of a nocturnal hunter than the Ocelot, perhaps a way they evolved so that their hunting patterns didn’t overlap.

Colocolo cats or Pampas cats are a similar size to domestics cats and closely related to the Andean Cat. Another poorly studied cat that occurs almost the entire length of the Andes, from Colombia through to Argentina. Whilst this cat is typically Grey in coloration with strong ginger markings the Colocolo cat coat varies greatly depending on its regional habitat. 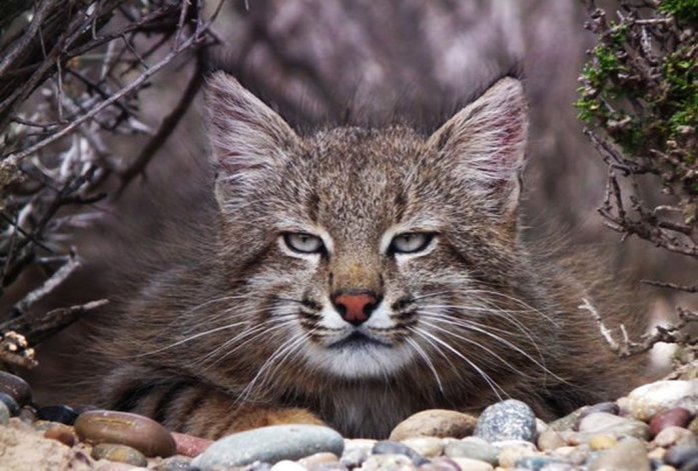 Until 2013 the Oncilla was believed to be a single species. Recent genetic studies have revealed that Oncilla’s from Northern South America & North Eastern Brazil are distinct from those in Southern Brazil and the Amazon Basin. Their respective ranges overlap and meet in Central Brazil but apparently they do not interbreed. Bar using genetics they are almost impossible to tell apart but Northern Oncillas have a slight trend to be lighter in colour with smaller rosette markings.

The Guiña or Kodkod was formally grouped in the same genus as the Colocolo cat however recent studies places it firmly in a sub-species of the Leopardus genus along with the two Oncilla cats to which its closely related. The smallest cat in the Americas, its short and stocky with a thick bushy tail. Güiña  also have the smallest distribution of any Latin America cat and are restricted to Southern Chile and South Western Argentina. 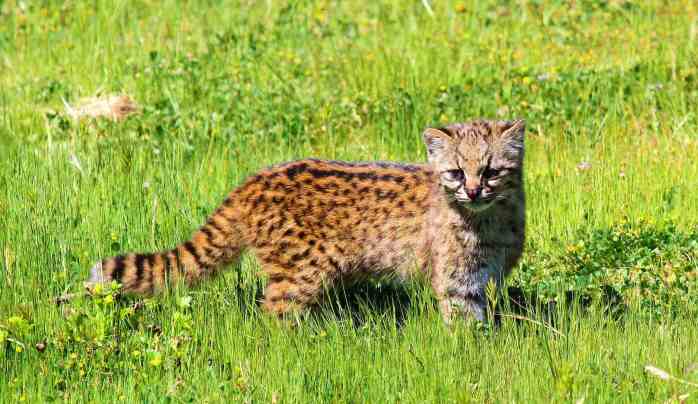 Geoffroy’s Cats are closely related to the güiña and the two have a shared ancestor around just one million years ago. Geoffroy’s cats can be found from Central Bolivia to Southern parts of Chile and Argentina. These cats prefer open grassland and forested areas than dense tropical rain forest. Unusually for a felid this cat has a habit of depositing its faeces in certain trees creating aboreal middens as part of its scent marking. Its close relatives Colocolo cats and Ocelots also have this strange behavior.

Next time we will be looking at the Lynx Lineage!